To start with an important side note, IBM showed a disclaimer in every presentation that the new features may or may not be implemented during upcoming releases and they did not want to promise any hard date for those new features (need to say the same in the blog post because we do not want to make too big promises…).

IBM presented bringing the full power of AI to business intelligence. What does that then mean in practice? Cognos Analytics storytelling, recommendations, automated visualizations, natural language questions,  reusable content and advanced analytics. IBM is putting lot of effort to make analytics, data science and machine learning more accessible and easier for use for its customers.

We had a change to test latest version of Cognos and its Exploration tool. User can get advanced analytics insights and contextual recommendations of their data in a very easy way (picture below). Exploration works with relational data sets and you can test it easily with the existing data or make a new data set with the data module tool (data modelling and preparation tool) inside cognos analytics.

There are lot of new features and improvements in new Cognos Analytics versions 11.0.13 and 11.1. Those contain for example, several dashboarding  improvements, data module supporting relative dates, aggregation roll ups, security, reporting navigations and usability as well as copy > paste (which actually works), enabling visualizations and other objects copied from Explorer reports or Dashboards to reports or the other way.

We went through a lot of technical deep-dive sessions, but there were also interesting customer case introductions such as Deutsche Bahn, Uber, Montage International and Theravance Biopharma. Maybe one of the most exciting one was related to Deutsche Bahn’s TM1 model which may be one of world’s largest TM1 implementation. For example, they have over 6000 users, 8 servers which are boosted with 72 cores, 2TB RAM per machine and they receive over 50 million records monthly. It was pretty interesting to hear how they have managed to build such solution and use it as a company-wide performance management solution.

Due to the size of the conference we wanted to focus on certain key areas: AI, machine learning and analytics. There were about 500 data and analytics presentations to choose from. Topics covered areas such as data science, AI, business and planning analytics, hybrid data management, governance and integration. IBM Cloud Private for Data alone had 18 sessions where this new product was presented.

Solita has a strong expertise in the area of analytics

Solita has a strong expertise in the area of analytics (Cognos Analytics & Planning Analytics) and we wanted to strengthen our competence and learn about upcoming releases of those products. We had a chance to meet IBM’s offering management and discuss new features and give feedback. There were also several hands-on labs where one could test upcoming features of products. 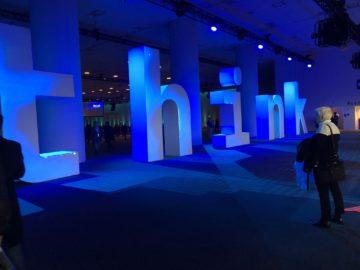 Although Planning Analytics (PA) was a bit of a sidekick compared to buzzwords like AI and Blockchain, the PA sessions provided good information about the new features and on-going development. In addition, there were several different client presentations providing insights into their CPM solutions. Interestingly, many of those presentations were still focusing on TM1 technology and not on Planning Analytics even though TM1 support will end on 30th of September 2019.

Also AI project best practices were shared in many of the sessions.

Also AI project best practices were shared in many of the sessions. Best practices included starting with a quick-win use case to gain buy-in from management and business, having a business sponsor for the project, measuring clear KPIs and business impact and, good quality data, creating effective teams, choosing the right tools, etc. These are all principles we definitely agree on and that are already now implemented in Solita data projects.

What else did we learn in IBM Think 2019? Deep dive into learnings coming up!