From 3D apps to evil scifi characters, in everyday use it can mean almost anything. It’s a bit of a burden that it is associated with Terminator, for instance. Or that the words deep learning might receive god like overtones in marketing materials. 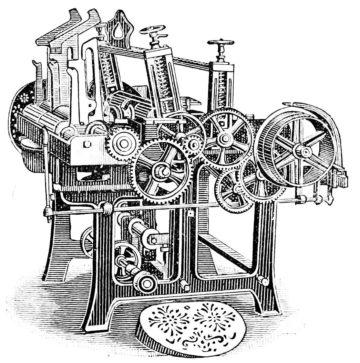 Let’s go on with some AI related examples. On a PowerPoint slide, AI might be viewed as an economic force. For yet another example, we could look at AI regulation.

Say a society wants to regulate corporate action, or set limits to war damage with weapon treaties. Likewise, core AI activities might need legal limits and best practices. Like, how to make automatic decisions fair. My colleague Lassi wrote a nice recap about this also from an AI ethics perspective.

Now in my view, new technology won’t relieve humans from ethics or moral responsibility. Public attention will still be needed. Like Thomas Carlyle suggested, publicity has some corrective potential. It forces institutions to tackle their latent issues and ethical blind spots. Just like public reporting helps to keep corporate and government actions in check.

Then one very interesting phenomenon, at least from an analytical perspective, are people’s attitudes towards machines.

Especially in connection to ethics, it is relevant how we tend to personify things. Even while we consciously view a machine as dumb, we might transfer some ethical and moral agency to it.

A good example is my eight year old son, who anticipated a new friend from Lego Boost robot. Even I harbor a level of hate towards Samsung’s Bixby™ assistant. Mine is a moral feeling too.

These attitudes can be measured to a certain extent, in order to improve some models. This I’ll touch a bit later.

There is a new analytical concept that describes machines and us, us with machines. This concept of perceived moral agency describes how different actors are viewed.

Let’s say we see a bot make a decision. We may view it as beneficial or harmful, as ethical or unethical. We might harbor a simple question whether the bot has morals or not. A researcher may also ask how much morals the bot was perceived to have.

Here we have two levels of viewing the same thing, a question about how much a machine resembles humans, and then a less intermediate one about how it is perceived in the society.

I think that in the bigger picture we make chains of moral attribution, like in my Bixby case. My moral emotion is conveyed towards Samsung the company, even if my immediate feelings were triggered by Bixby the product. I attribute moral responsibility to a company, seeing a kind of secondary cause for my immediate reactions. The same kind of thing occurs when we say that the government is responsible of air pollution, for instance. 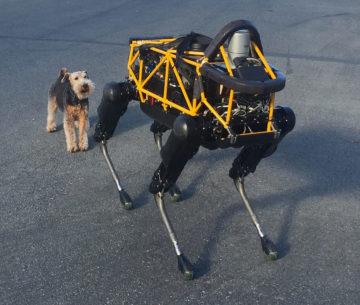 What’s more to the point, these attributive chains apply to human professionals too. An IT manager or a doctor is bound by professional ethics. Their profession in turn is bound by the consensus within that group. If a doctor’s actions are perceived as standard protocol, it is hard to see them as personal ethics or lack of it.

Medical decision assistants and other end products are the result of dozens of design choices. And sometimes design choices, if not downright misleading, voluntarily support illusions.

For instance, an emotional reaction from a chat bot. It might create an illusion that the bot “decides” to do something. We may see a bot as willing or not willing to help. This choice may even be real in some sense. A bot was given a few alternative paths of action, and it did something.

Now what is not immediately clear are a bot’s underlying restrictions. We might see a face with human-like emotions. Then we maybe assume human emotional complexity behind the facade.

Chat bots and alike illustrate the idea of social engineering. What it means is that a technical solution is designed to be easy to assimilate. If a machine exploits cultural stereotypes and roles in a smart way, it might get very far with relatively little intelligence.

A classic example is therapist bot ELIZA from 1960s. Users would interact via a text prompt, and ELIZA would respond quite promptly to their comments. Maybe it asked its “patient” to tell a bit more about their mother. It didn’t actually understand any sentence meanings, but it was designed to react in a grammatically correct way. As the reports go, some of the users even formed an addictive relationship with it.

The central piece of social engineering was to model ELIZA as a psychotherapist. This role aided ELIZA in directing user attention. It might also have kept them away from sizing up ELIZA and its limitations. To read more about ELIZA, you may start from its Wikipedia page.

ELIZA of course was quite harmless. For toys, it is even desirable to entice the imagination. A human facade can create positive commitment in the user. This type of thing is called engagement in web marketing.

On the other hand, social engineering is hard work and not always rewarding. An interesting related tweet came from a game scriptwriter. 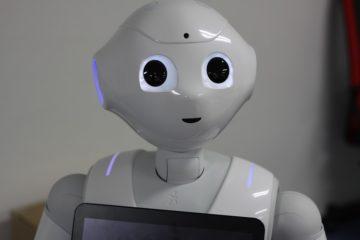 This scriptwriter would wish players to submerge and have profound emotional experiences in her games. In her day to day work she had noticed a constant toil with her characters. Was this need for detail even bigger than, say, in a novel? Yes, she suggested.

The scriptwriter also analyzed this a bit. She noticed that repetitive out-of-context action is likely to distance a user. What’s more, it is also very likely to occur when prolonged interaction is available.

I’m tempted to think that these are the two sides of engaging a user. The catch and the aftermath.

As far as modeling and computational perspective go, another significant theme is the nature of automatic decisions.

The most relevant questions are these. How is the world modeled from the decision making agent’s perspective? What kind of background work does it require? How then about management? What kind of data does the agent consume? How to control data quality?

These will get a bit more detail in my next post. Stay tuned, and thanks for reading!

This is the second post about AI and ethics, in a series of four.